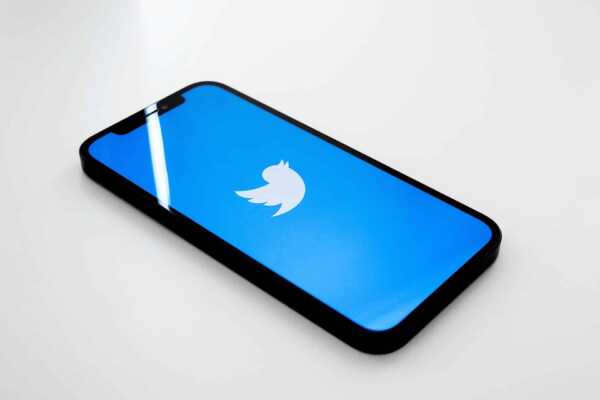 Are you wondering how to get more followers on Twitter without having to follow a bunch of other accounts, buy followers, or spend tons of money on ads?

What if I told you I can teach you how to get Twitter followers with methods that are actually pretty easy?

Well, I’ve got eight simple, straightforward, and super effective steps to help you get followers on Twitter.

Twitter is still among the top social networks today for users with over 192 million daily active users.

Twitter could be the secret ingredient to connecting with the biggest possible audience, and I am going to help you do it.

First, though, let’s talk about why you would even want more Twitter followers.

Why Do Twitter Followers Matter?
Sure, Facebook is the biggest social network with the most monthly active users.

However, you shouldn’t underestimate Twitter’s importance. It’s a global powerhouse.

That’s why you need to know how to get Twitter followers.

Even though nearly a quarter of Americans use Twitter regularly, much of Twitter’s user base is international users.

This means that Twitter allows you to connect with a global audience.

There are other factors to consider, too.

Such as how Twitter’s millennial and Gen Z audience is a coveted one from a marketing perspective.

Not only are there tons of millennials on Twitter, millennials more frequently use social media as a tool for discovering new brands.

Statistically speaking, millennials and Gen Z are an ideal target demographic for many companies because they make up a huge market.

In fact, the rise of the millennial generation has forever changed the world of marketing, from the strong focus on video to the rise of influencer marketing, and the emphasis on emotional connection.

According to recent research, 74 percent of people who follow small and medium businesses on Twitter are following these businesses because they want updates on future products.

Additionally, nearly half of those who follow brands and businesses are more likely to visit those companies’ websites.

So your Twitter followers will often become people who visit your website and invest in your brand through purchases.

Fortunately, I can help you get followers quickly and effectively.

Spoiler: you won’t get there by buying Twitter followers.

First, Twitter keeps an eye out for bot accounts (which most purchased Twitter followers are!) and deletes them occasionally. This means you might spend a few hundred bucks on followers just to see them disappear a few weeks later.

Second, buying Twitter followers doesn’t actually work in the long term. Those followers won’t engage with your content—and they definitely aren’t going to purchase your products or hire you.

Sure, it might feel good to see your follower number bump up for a few days, but it won’t actually help you reach your Twitter marketing goals.

Rather than wasting money on buying Twitter followers, I’ll teach you how to get followers on Twitter in a better way.

Don’t have the time to grow your Twitter followers on your own? Let’s talk about how my team can help.

Now that you know why it matters, let’s talk about how to get Twitter followers. Keep in mind, quality is always better than quantity. 100K followers is great — but not if they don’t care about your business.

1. Optimize Your Twitter Profile to Attract Twitter Followers
For all the power you stand to gain by using Twitter for your business, not having a professional, up-to-date profile can be a major turn-off to prospective followers.

So one of the first steps I’ll teach you about how to get followers on Twitter is to make sure your Twitter profile rocks.

Your profile picture is the centerpiece of your Twitter profile.

It’s the part of your Twitter profile people probably notice and look at first.

Aside from your username, it’s the one profile element that doesn’t just appear on your profile. It’ll show next to your tweet in the other users’ feeds when you post.

So, choose a photo that’s appropriate for your business or brand.

Whether you’re using a professional photo of yourself or your brand’s logo, you want to make sure that the most important elements appear toward the center of the image.

Due to the circular format, anything that appears toward the edges of your profile photo won’t show on your profile.

Getting more Twitter followers doesn’t have to be hard. Here’s a quick recap of how to get followers on Twitter:

Optimize your profile. Add a high-quality profile picture, since it’s the first thing people will see when they come across your brand on Twitter.

Complete your bio and don’t forget a header image, too.

Start engaging with your followers by responding to comments, mentions, direct messages, and live chats.
Create a Twitter routine you can stick to. If you aren’t active, your engagement will dip. Make a daily, weekly, or monthly Twitter schedule.
Make sure you share valuable content like a poll, quiz, or infographic for best results.